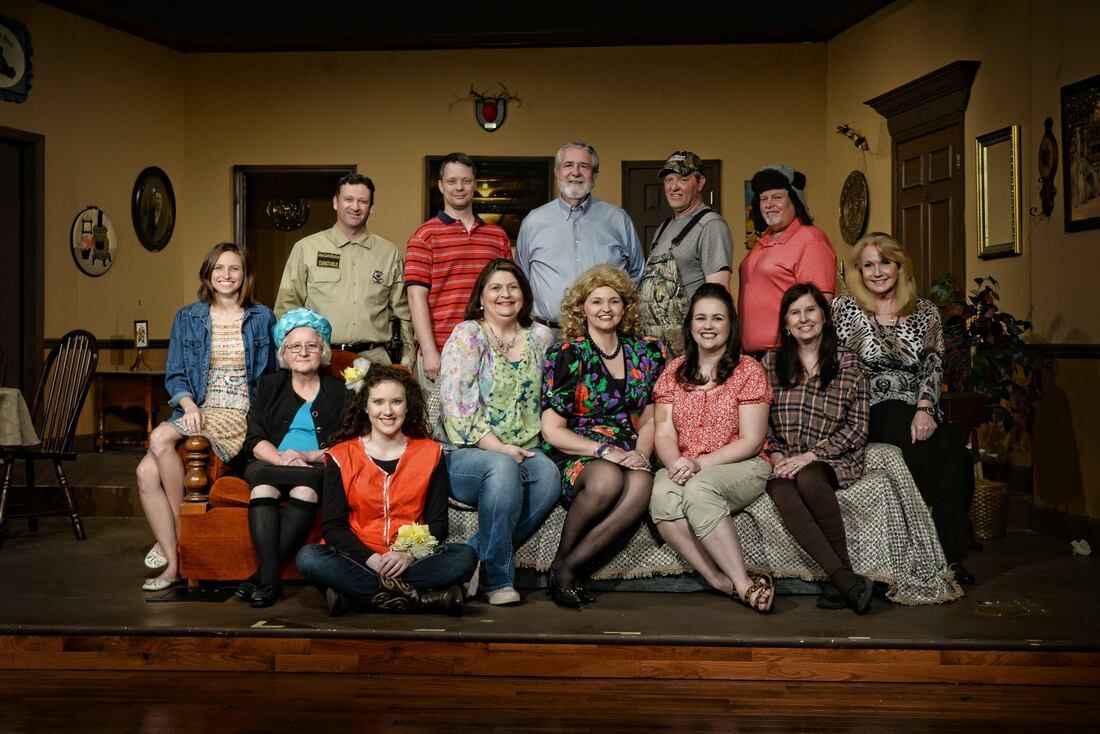 In this rapid-fire, hilarious romp, the Futrelle Sisters—Frankie, Twink, Honey Raye and Rhonda Lynn—are in trouble again. This time, their beloved hometown, Fayro, Texas, is in danger of disappearing and it’s up to the sisters to save it from extinction. But their plans to do so quickly go haywire. Honey Raye, with a major assist from her former nemesis, Geneva Musgrave, comes up with a solution to bring back businesses and residents. It seems a salsa manufacturing factory is looking to relocate and a company representative is headed to Fayro on a scouting mission. Honey Raye makes promises that are not to be believed in order to woo the rep to choose Fayro. In fact, Honey Raye has told them that on the very weekend of the rep’s visit just four days away, the town happens to be having their biggest celebration of the year: “Fayro Days,” which includes a craft show, a pet costume parade, a beauty pageant and a huge battle reenactment. Problem? That’s news to the citizens of Fayro who have to quickly band together to make her promises a reality. Added to this is the dilemma of Twink being so desperate to get married that she’s dragging the unwilling groom, Deputy John Curtis Buntner, to the altar. Frankie, however, seems to have it worst of all, what with her husband, Dub, going through a major mid-life crisis at the same time her five-year-old twins are literally tearing up the town. And unfortunately for all of them, the “meanest woman in twelve counties,” Dub’s wicked, old Aunt Iney, is on her way for a visit. Iney’s arrival in Fayro is definitely cause for alarm for the sisters; but it’s nothing compared to Rhonda Lynn’s panic when she causes the old girl to drop dead in the Dubberly home just before the salsa rep shows up. But how the Futrelle sisters and the other citizens of Fayro, including sweet, simple, Raynerd Chisum, pull together and save their town is a testament to Southern strength and ingenuity—and a recipe for total hilarity. ​
© COPYRIGHT 2020. ALL RIGHTS RESERVED.