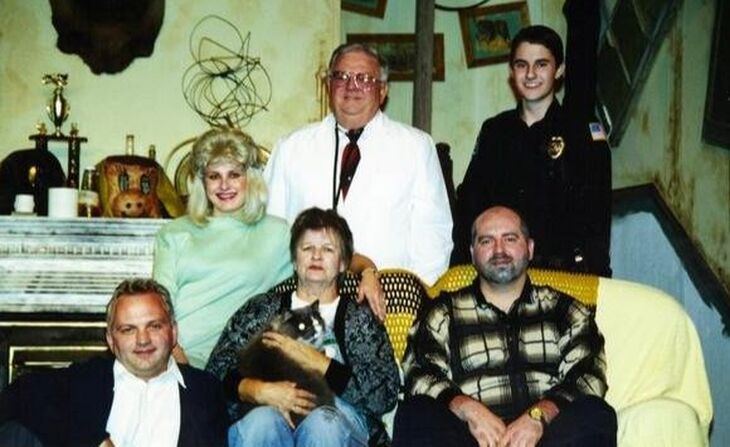 Opal Kronkie, a middle-aged recluse, lives in a tumbledown mansion at the edge of the municipal dump. The general disarray of her establishment is aggravated by the fact that Opal collects things—anything that can be toted home in her little red wagon. Opal is also an optimist, for no matter how mean her lot—or her "friends" —Opal responds with unfailing kindness and an abiding faith in the goodness of human nature. Into her rather strange world comes Gloria, Bradford and Solomon, three purveyors of bogus perfume on the lam from the authorities. Opal's menage is the perfect hideout—and Opal, herself, might be the remedy for their shattered finances. They decide that what she needs is plenty of insurance, a rapid demise, and three beneficiaries named Gloria, Bradford and Solomon. Attempted murder wouldn't seem to be funny, but in Mr. Patrick's magic hands it is uproarious. The unsavory trio concoct an elaborate scheme to drop the ceiling on Opal's unsuspecting head—but she is in the cellar at the time; they try to drug her and set the house on fire—but Opal's state trooper friend arrives at the wrong (or right) moment; a plan for a "hit and run" accident backfires. Through it all, Opal radiates kindness, affection and, strangely enough, gratitude. But the real clincher comes at the end. It seems that there was plenty of money around all the time; bags, barrels, and mooseheads full of it, in fact, and any friend of Opal's is welcome to as much as he wants. All they had to do was ask.
© COPYRIGHT 2020. ALL RIGHTS RESERVED.